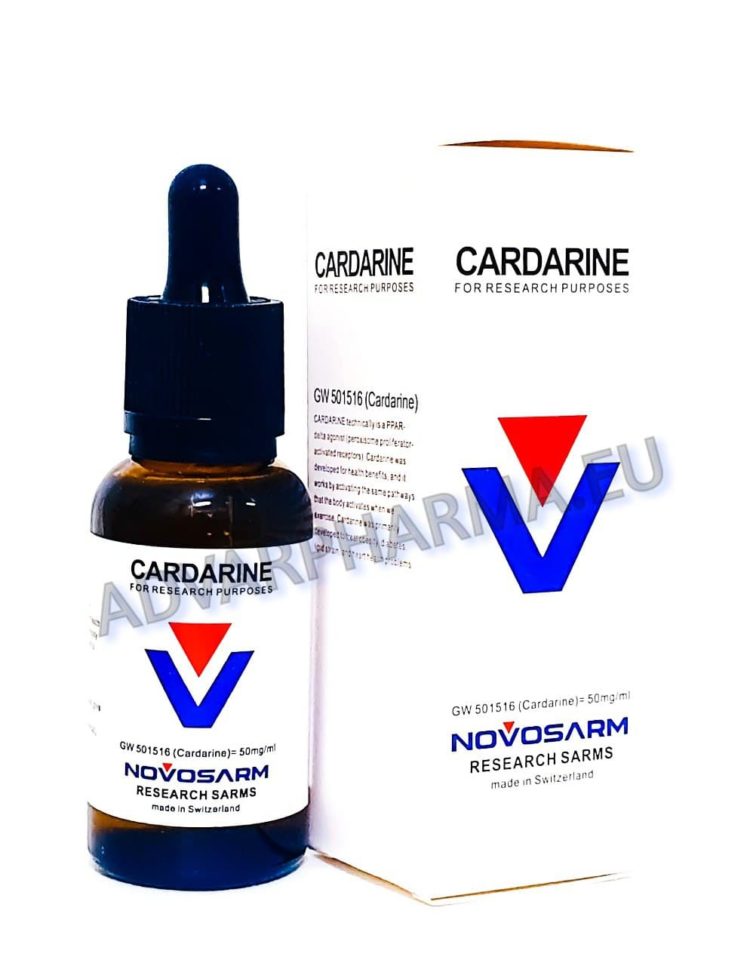 As mentioned, Cardarine was developed as part of cancer treatment research. The primary goal was to create a chemical that can stop tumor growth. Namely, GW501516 was supposed to target colon, breast, and prostate tumors and prevent their formation.

Yet, during the trial, the research team found interesting results. GW501516 also had positive effects on lipid, as well as vascular health. Among the surprising results were also:

and lowering the severeness of diabetes’ symptoms in rats.

Thus, it is only logical to assume what train of thoughts led athletes, especially bodybuilders, to turn to Cardarine. It burns fat and increases muscle gain. In fact, it offers all the benefits of anabolic steroids, albeit on a much smaller scale, without the testicle shrinking and liver failure. What’s more, GW501516 can have a beneficial effect on a damaged liver.

One of the major effects of Cardarine is that it lowers cholesterol levels. However, it also directly affects blood vessels and arteries. Because it has anti-inflammatory properties, Cardarine diminishes the effects of oxidative damage.

Cardarine prevents plaque build-up in the arteries and protects them from damage. Furthermore, it can also accelerate the growth of new cells and blood vessels.

THE BENEFITS OF CARDARINE FOR ATHLETES

Of course, as bodybuilders, we are mostly interested in three features of GW501516:

When it comes to fat burning, the good news is that GW501516 was researched as a part of clinical, human-based trials. The science shows that this chemical activates the genes in charge of burning fat. What’s more, it also increases energy use. Thus, it actively boosts your system so that it burns fat as an energy source.

This is also very beneficial to obese people. Cardarine diminishes the symptoms of metabolic disorders, as it increases fat burning levels. What’s more, it decreases liver fat, insulin levels, and blood fats by 10 to 30% according to some studies.

There are no reviews yet.